I haven't gave up or forgot about the blog. I just didn't update over the weekend, and Mondays are always really busy days for me.

Over the weekend I had a cheat meal because I went to a buffet for my fathers birthday. I only ate vegetables and fish there so it wasn't exactly a cheat meal, but it was 2 plates and a small soup, so in that way it was.
Sometimes I have to go to restaurants and that's just the way it is. It's his favorite place so it's not like I could change it and make everyone go somewhere else for me lol. It was a good time though :)

I also had some red wine over the weekend. But I still kept under 1700 calories for the day, so it's all good.


Saturday I did my first "Cardio" KettleWorx workout. It was pretty crazy but I did it all.

Today's KettleWorx video (Resistance week 2) introduced some new exercises, so it kept it interesting.
I just gotta find a little workout to do in between because having 2 days off of working out makes Tuesdays workout a real hassle.

Today I can really feel the core workout I did yesterday. I feel it kinda like a tightening tire around me. On my back it feels like minor lower back pain, but I know that's strengthening me so that I'll suffer less from back pain.

I felt it last night too, and because of that it was hard to get to sleep.

I'll get used to it and I'm sure by sometime next week or at the end of next week it won't be so bad.

I'm gonna say I did it around 75% good. It IS core, and that's where most of my fat is, so anything that involves that or rolling around on the floor is extra hard. But I still did the best I could, sweat it out, and felt the burn.

I think this time was a bit easier on me (energy-wise) because I've been eating better than usual by following the food guide that I spoke about.
I still gotta eat and sleep at the right times but sometimes things happen where you find yourself walking back home from a hospital at 3 in the morning in the freezing cold, and then going back at 8AM to get that girl you just met and then the bank machine at the bank doesn't work and you both have to walk back.
(don't worry, everyone is fine).
I sure did get a lot of exercise from all that walking though.

Saturday is "Cardio". I flipped through the video and it looks easy, but then I did say that about the other two. At least that one looks like there's less on-the-floor stuff.

Posted by Unknown at 5:50 AM No comments: 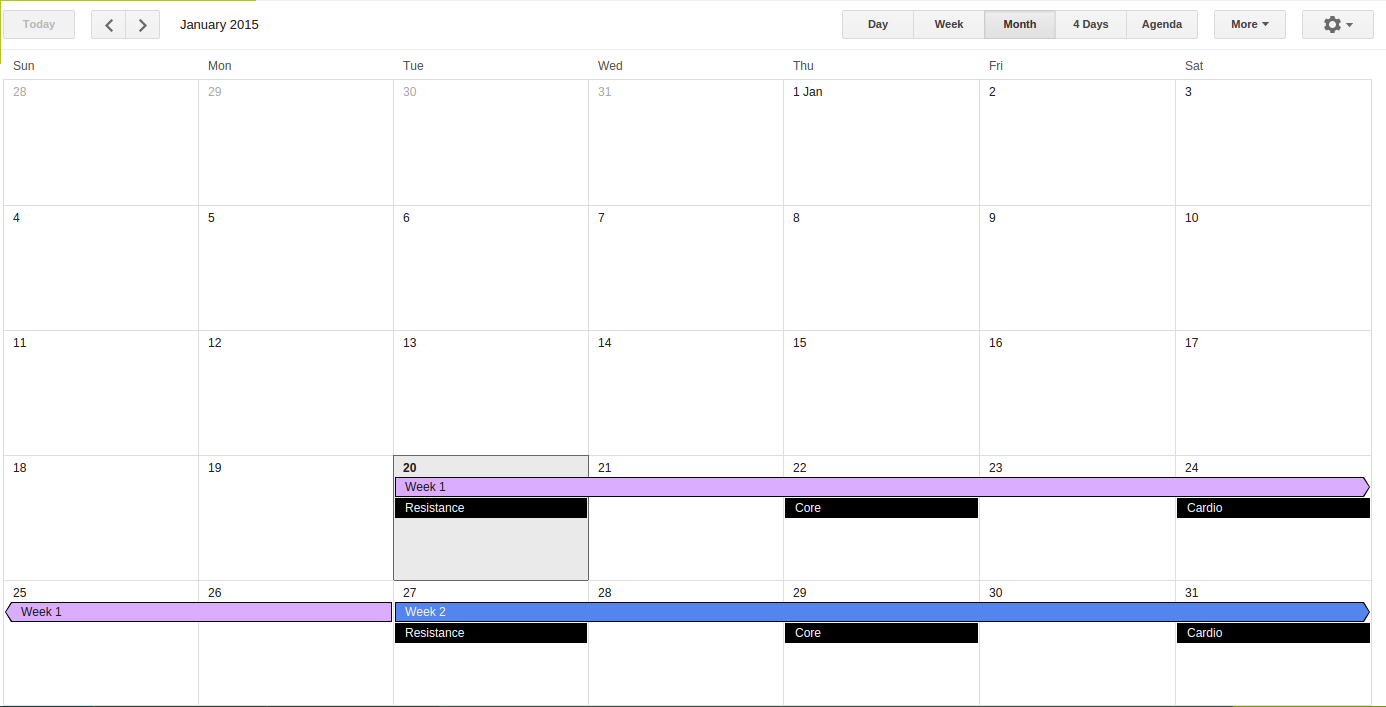 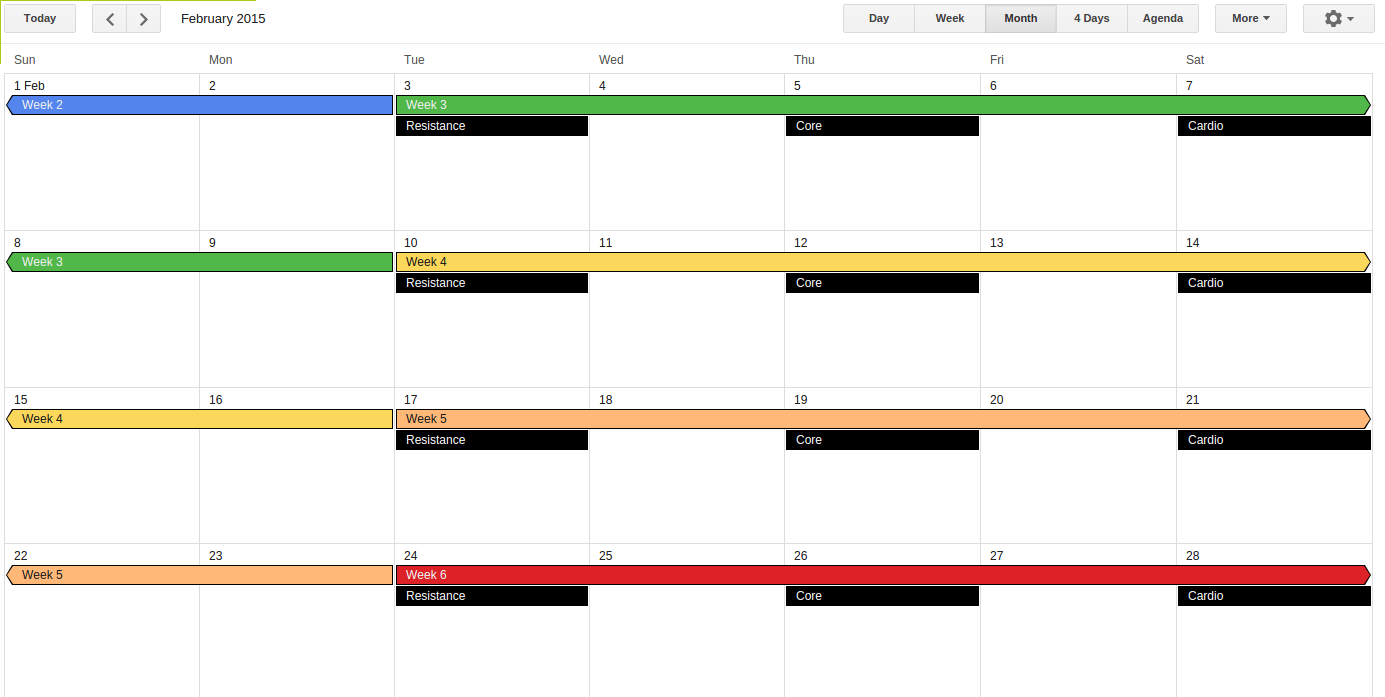 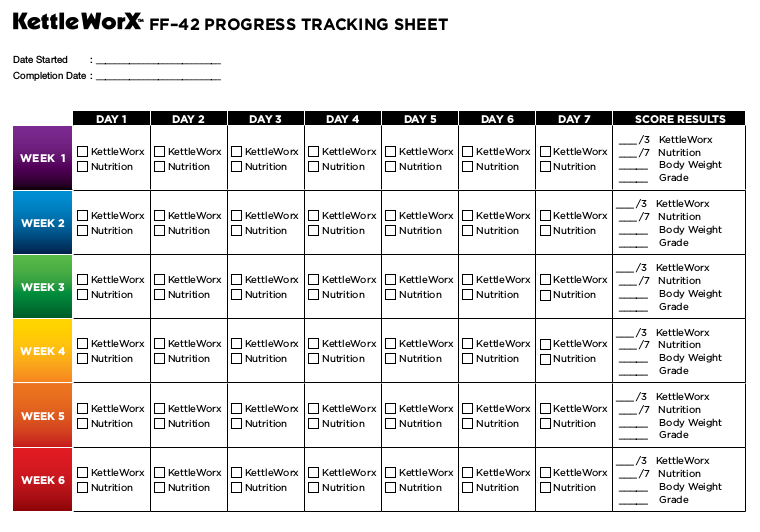 Posted by Unknown at 1:27 PM No comments:

As I've said before; I mostly buy good food anyways so the food part should be easy. It's just a matter of eating at the right times and following the rules.

During this 42 day thing I'll actually be eating more than usual but I'll be eating things that will tune my body for the workouts I'm doing.

Normally I procrastinate over even eating lol and I end up just snacking throughout the day, eating before bed, or starving myself and then eating a whole bunch of stuff by the time I'm really hungry.

I work from home so I can eat whenever I want. The bad part is that I'm paid either once a month or whenever freelance jobs pay. So I don't exactly have the things I need for the meal plans until about 2 weeks from now. I do however, have most of the things I need to fill these blocks for each meal. They won't make sense or be like a traditional meal, but they'll still work nutritionally and that's all that really matters.

Basically I need a handful of each of these things per meal (or one of them for a snack between meals). 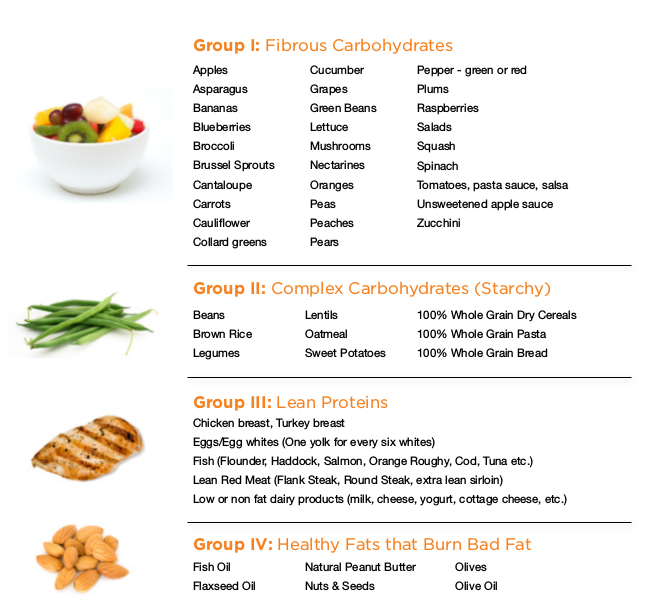 I just need one from each group.

Lunch felt really big. I had a salad, a piece of toast with PB on it, and 3 eggs with siracha sauce on them/it.
I'm supposed to remove the yolks from the eggs and only put one yolk, but that turned out to be a difficult task. (I'll have to watch a YouTube video on how to do that). I managed to remove one yolk, and it did seem better with less yolk for some reason.

The toast I had was brown bread instead of 100% whole wheat, but that's all I have right now (at least it's better than white bread probably).
And the PB I put on it was JIF instead of the natural kind. I just put a lot less of it than I normally use. Ever tried the natural PB? It's disgusting, so disgusting that I'd rather spread paper mache on my toast.

For the Salad I just put less of the dressing that I normally use.


Tomorrow I'll probably go pick up some things like that 100% whole wheat bread, salad spritzer, apples, etc. But I'm pretty much good with very similar substitutes till I get paid. 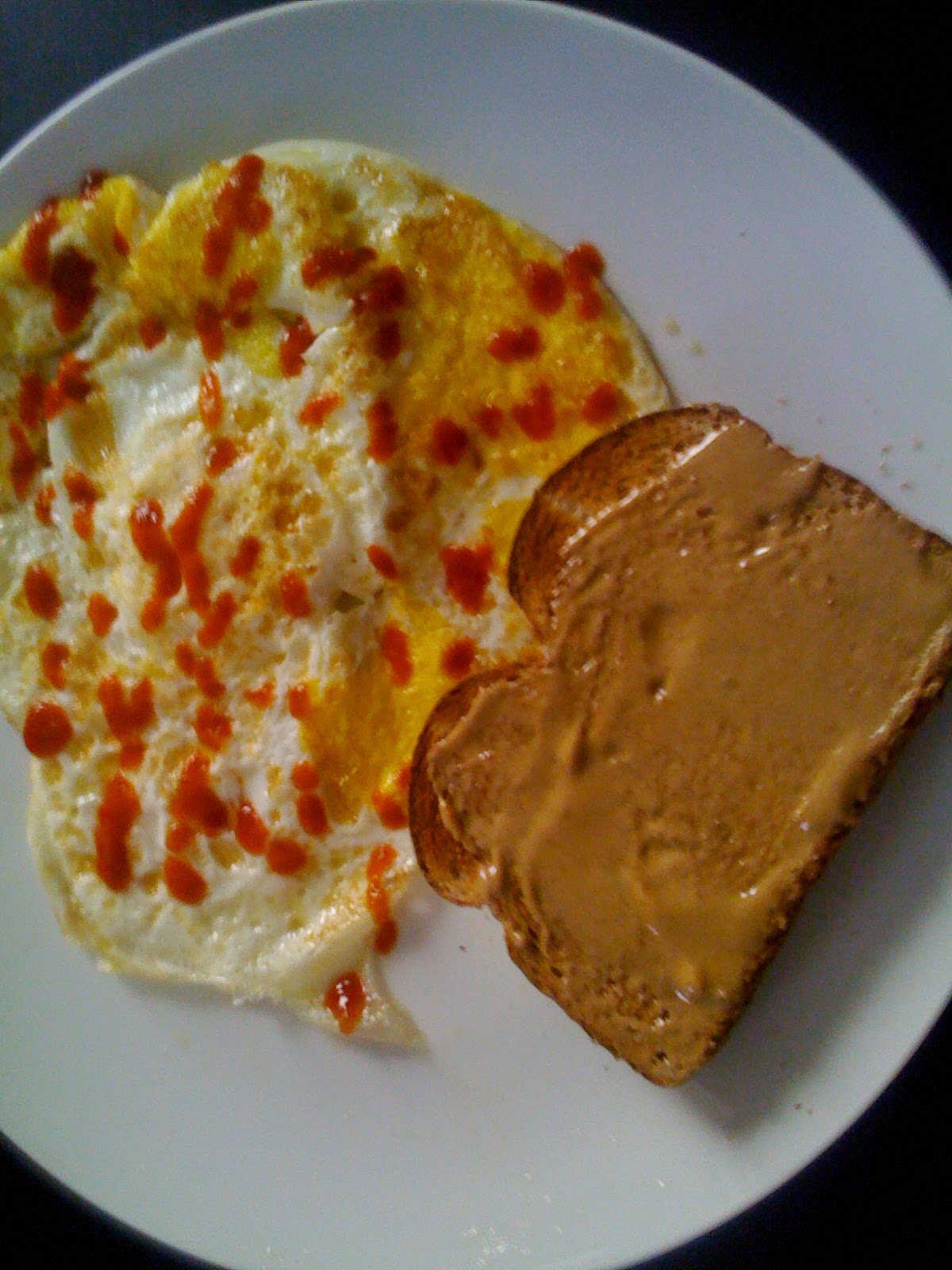 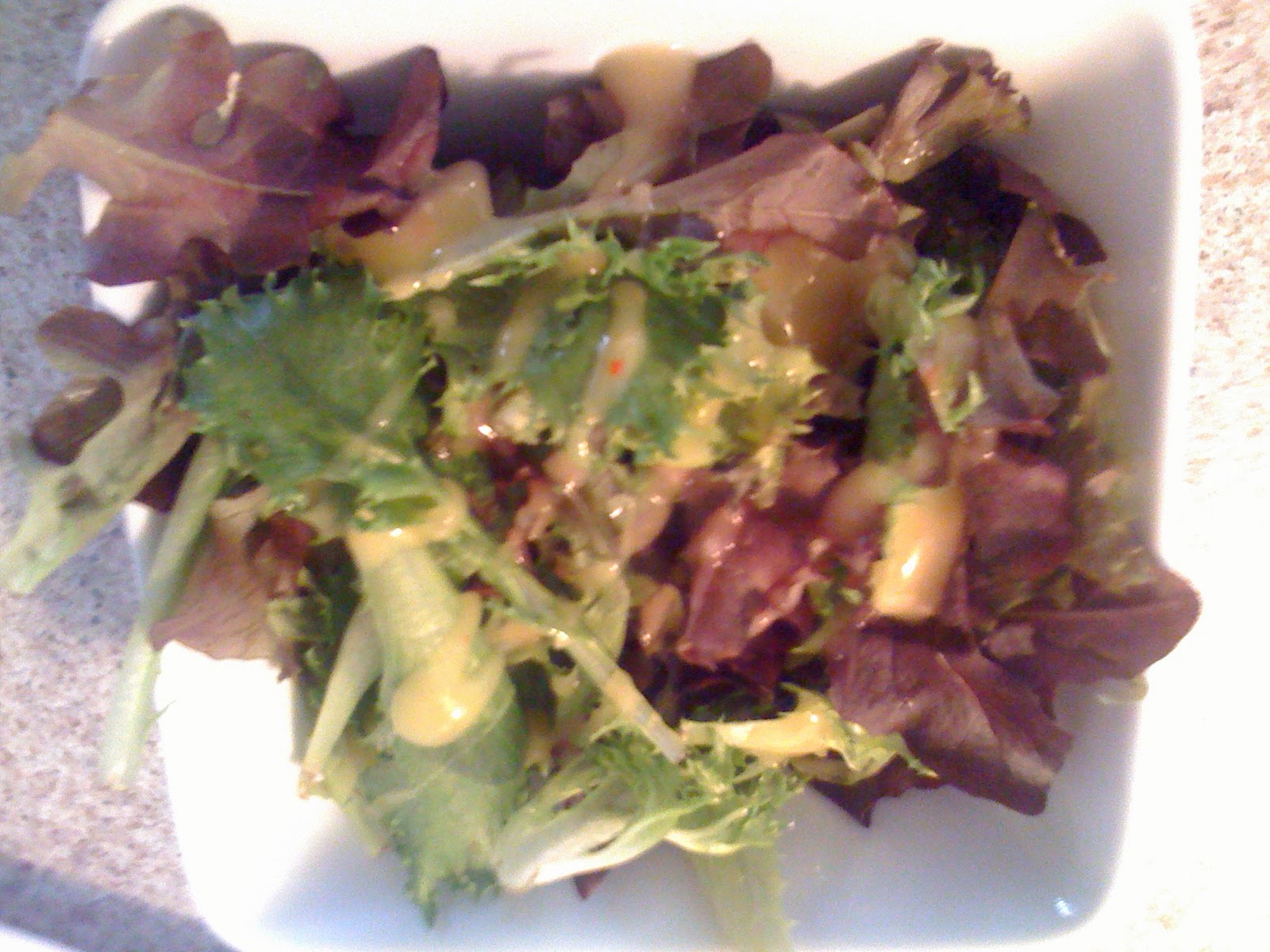 Tonight I'll sleep better and wake up earlier tomorrow so that I can eat breakfast this time and follow it better. Plus my eggs are coming near the expiry date lol.

I did my first KettleWorx "Resistance" workout!

I ended up waking up later than I wanted to because I couldn't get to sleep good last night knowing what I had in store in the morning.

But it wasn't as bad as I thought it would be. Sure, I can barely move right now and I'm completely exhausted but I remember when Ryan Shanahan (the trainer in the video) said it was "cool down time"; I was like "no way! already?".

I'm not gonna say I did it 100% perfect, I think I did it like 90% perfect, I'm very happy with how I held my posture and followed along the best I could.

When it was over though; water never tasted so good lol.

Reps performed = 10
*I had no choice but to do "lady push ups", getting my knees to stay straight was just not happening. I did 20 of those, so I'm counting it at 10.

Reps performed = 20
These I did without an issue other than only being able to do 20 of them.
It also made a pop in my back that I enjoyed. 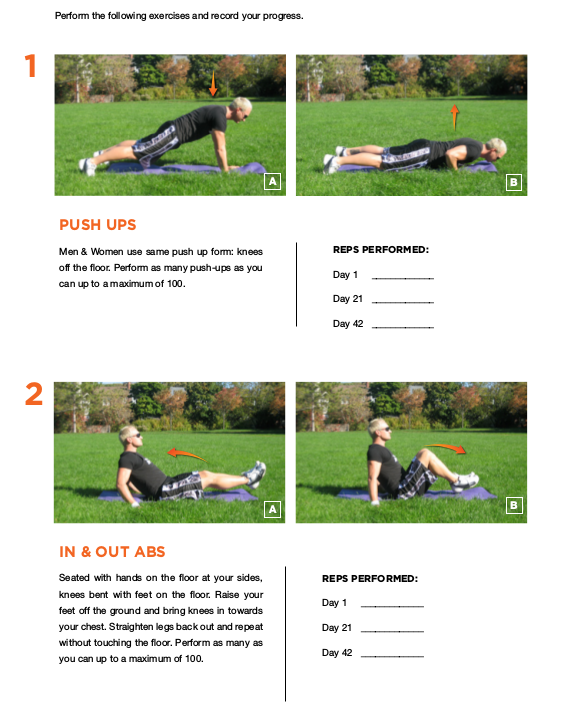 I don't have to be perfect right away... Perfection comes with practice.


Just as with the shorter kettlebell workout I've been doing for the past week, I will be doing my first real KettleWorx workout as soon as I get up tomorrow morning.

Sites I Approve Of